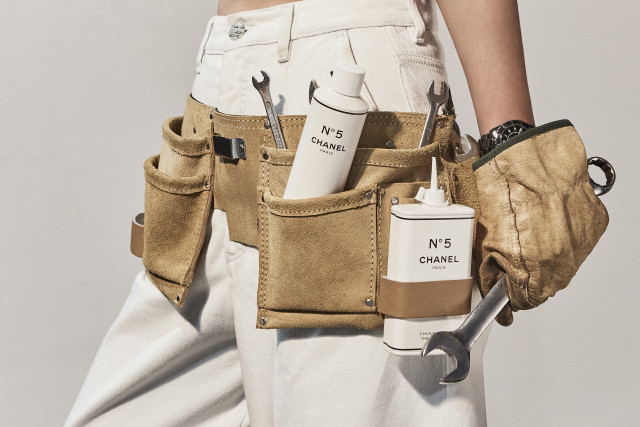 For a century, N°5 has regularly reinvented itself and continues to surprise us. To celebrate the centenary of the iconic fragrance, the House of CHANEL has created a new, limited edition collection, CHANEL FACTORY 5. 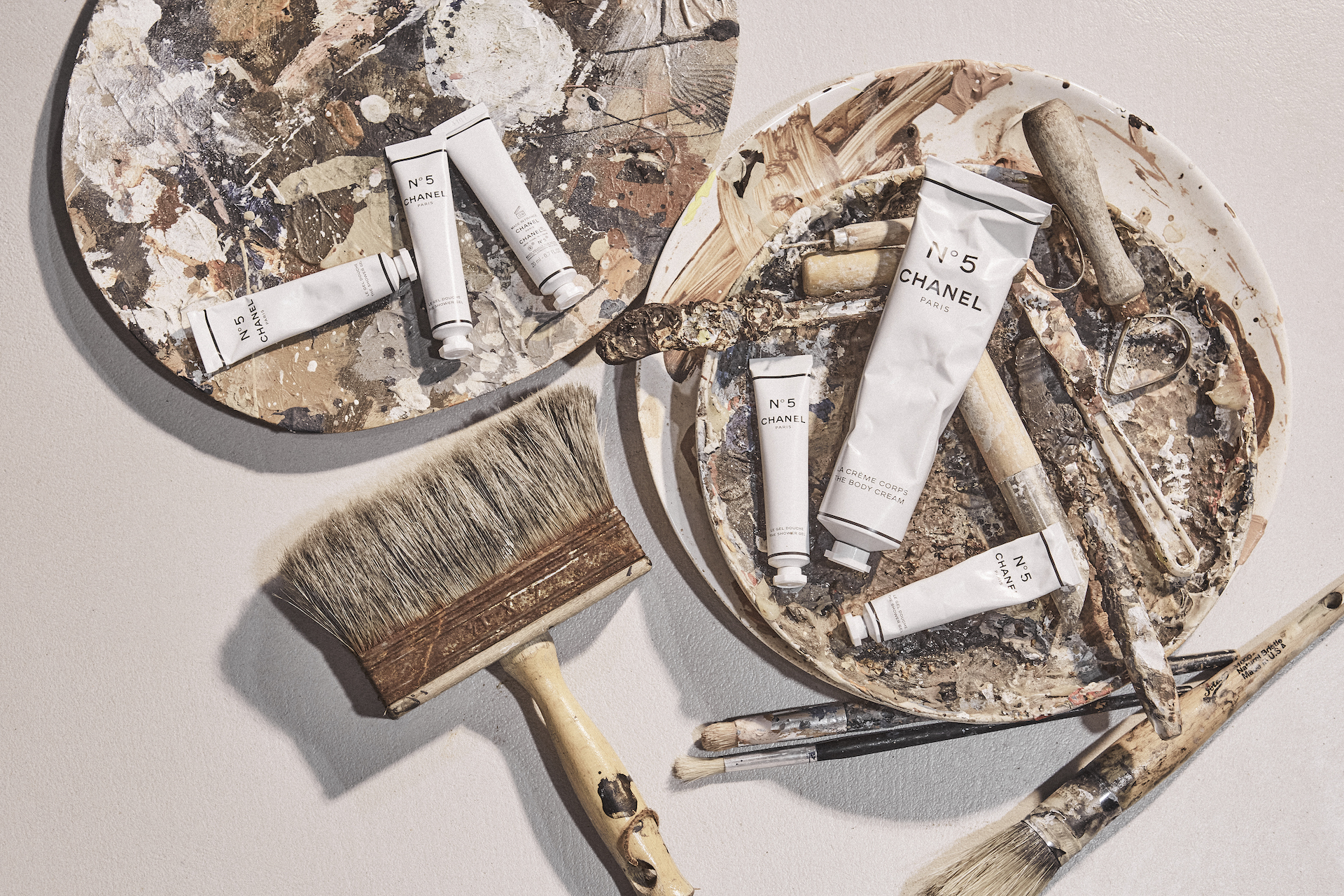 My interpretation of this modern re-invention felt like it could only be literal. To put something as luxury and iconic as the black and white essence of N°5 packaged as the everyday into a suggestion of real life was visually a beautiful contrast and telling of CHANEL’S enduring relevance through time and into the future. 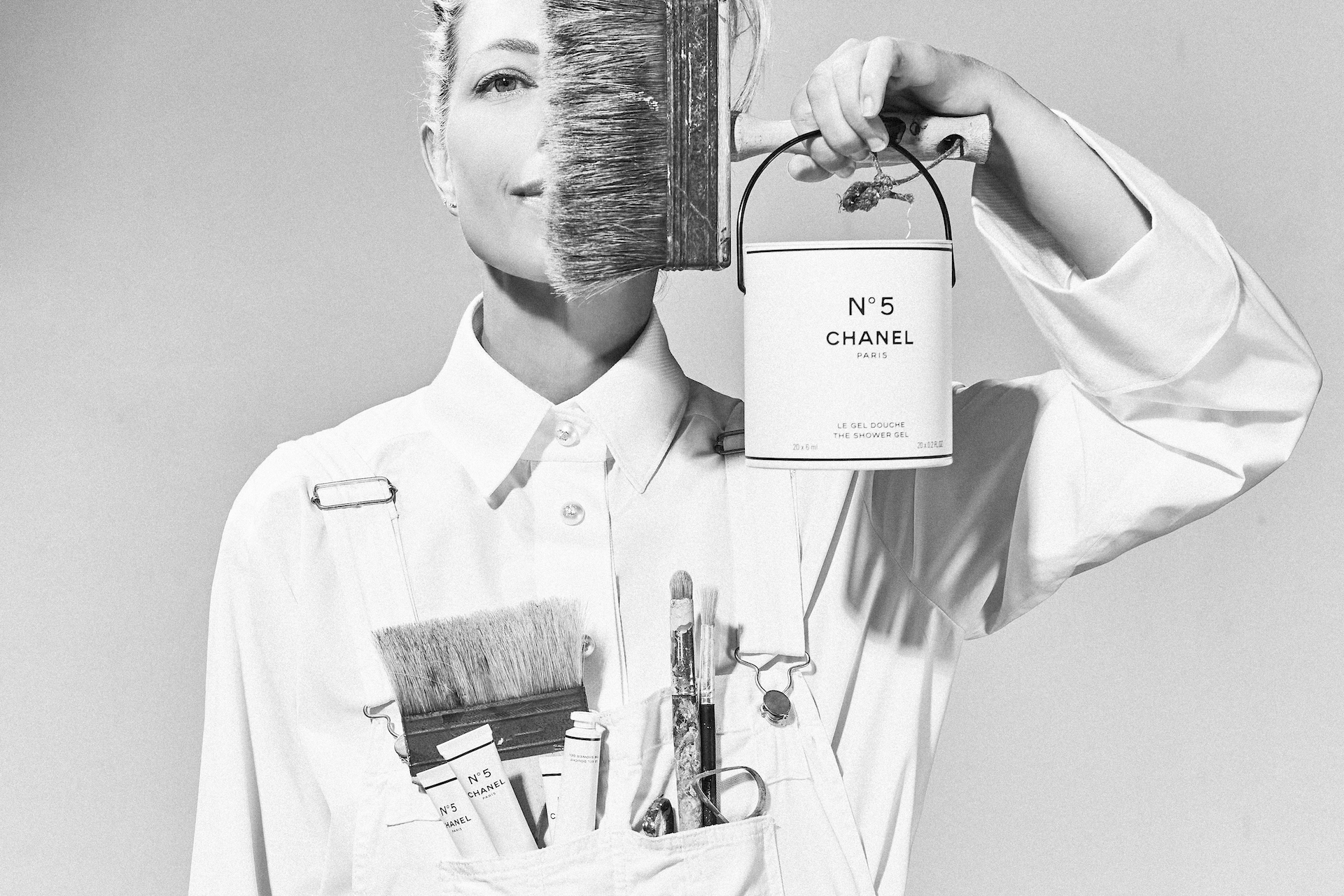 We are privileged to be here for this centenary and we wanted to find an idea worthy of N°5. Should we celebrate the history and rich heritage of this icon or the eternal youthfulness of the N°5 spirit? It is, of course, the second approach that we chose to explore.

Every year for a century, N°5 has been the talk of the town and has found its place through its ability to reinvent itself. Through “100 Years of Celebrity”, we want to show that an object is not iconic by birth, but that it becomes so by what it conveys, what it brings to life, what it says about its time. N°5 has managed to transcend time and tell the story of the times.

We hereby celebrate the fact that it has kept its audacious spirit and its freshness after 100 years of passion shared with its fans. We want to offer a festive, new experience around this universally emblematic fragrance of the House of CHANEL, but also of perfume in general.

What is the origin of the CHANEL FACTORY 5 concept?

To go back to the beginning of N°5. To go and find, as Gabrielle Chanel did at the time, a new, offbeat, unexpected inspiration. Through this concept, we want to return to the creation process of the first N°5 packaging. At the time, it was a simple laboratory bottle, a functional object that became luxurious and iconic. There was already this notion of transforming a common, ultra-functional object into a precious one. CHANEL FACTORY 5 celebrates this approach, this step to the side, in its own way.

What does it say about N°5?

CHANEL FACTORY 5 makes the most of N°5’s amazing ability to continually reinvent itself in order to preserve itself. This concept tells of the product’s eternal youth and the creative idea behind it. It also shows that an industrial product with very functional packaging can be transformed into a unique, desirable object by appropriating N°5’s identity codes, without losing the fundamentals, namely its functionality. 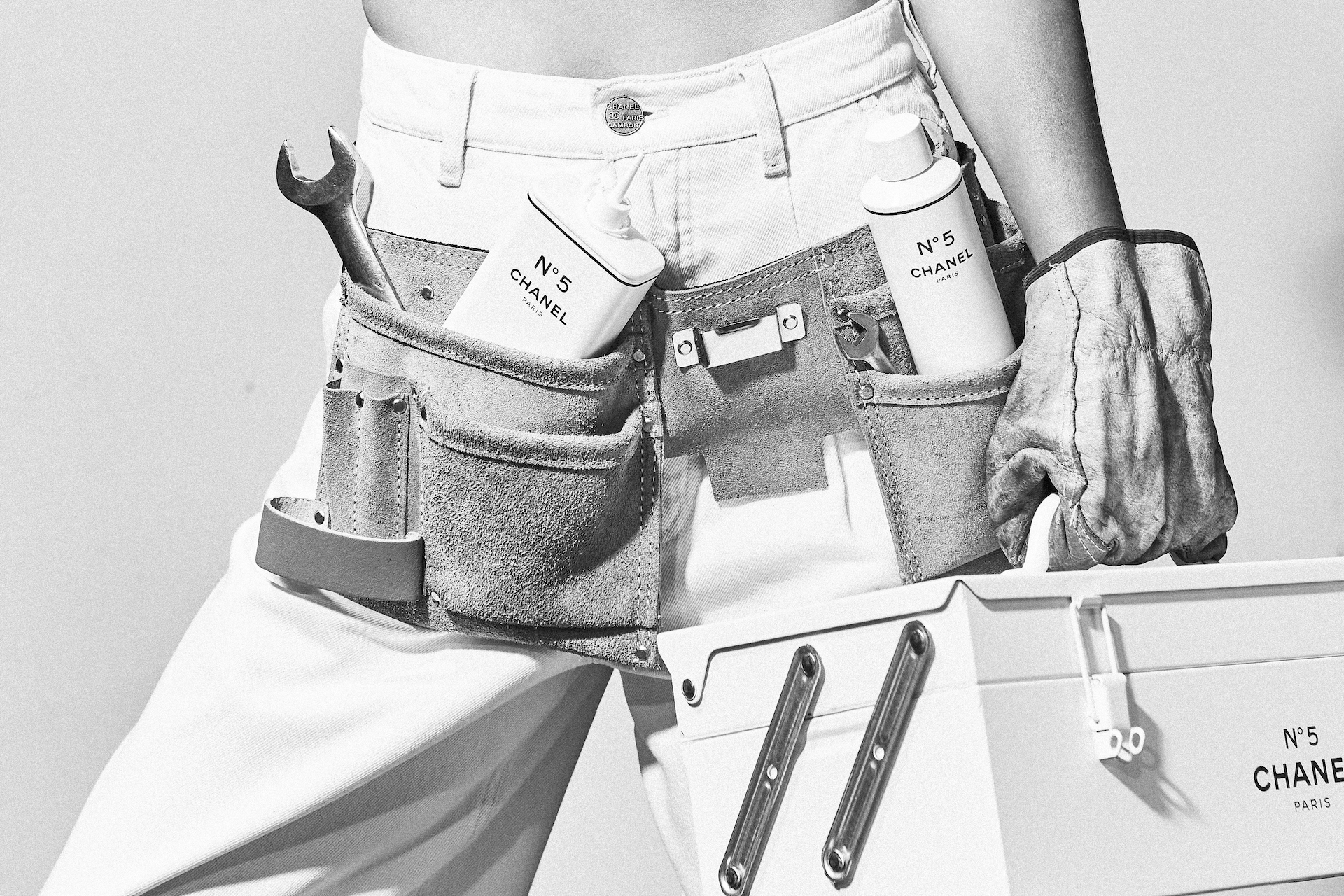 What does the CHANEL FACTORY 5 say to younger generations?

Youth is above all a state of mind.

What does this minimalist black & white packaging and this ultra-colorful pop communication evoke?

Black and white at CHANEL is the essence of N°5, uncluttered, radical, non-decorative, that goes beyond trends. And these very bright colors in the communication are a nod to pop culture and to pop art, which paved the way for the possibility of a parallel between art and everyday products. It is also a festive, joyful vibration for this 100th years of the celebrity of N°5. 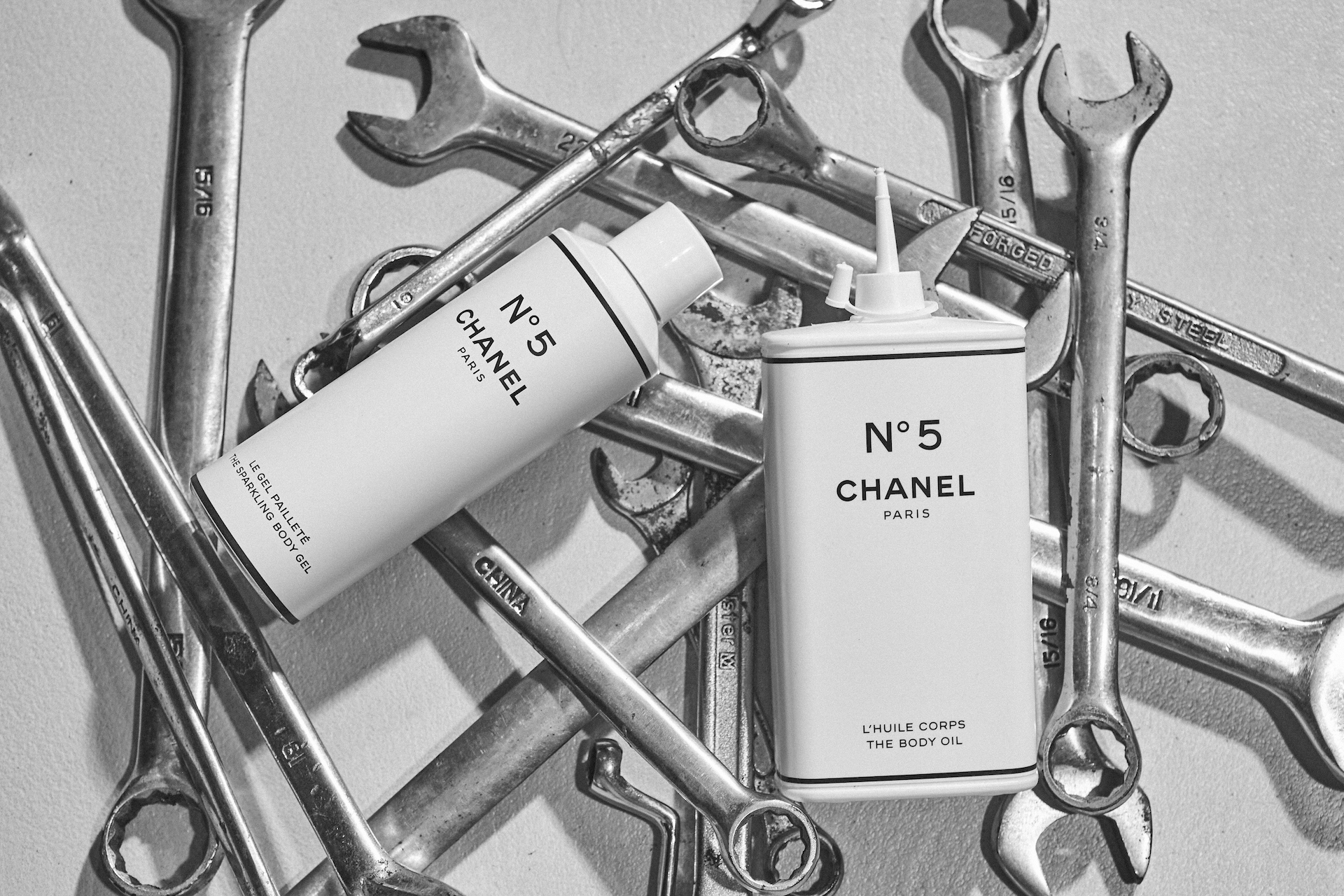 Despite how it may appear, this container would be useless in the event of a mechanical breakdown. However, the sparkling body gel it contains will ensure that you shine in company.

Remove the cap, pour a small amount of product into your hands, and rub it onto any areas that feel stuck. Reduces friction, restores power and liveliness to your internal mechanics. Ideal for protecting your morale from any wear and tear. 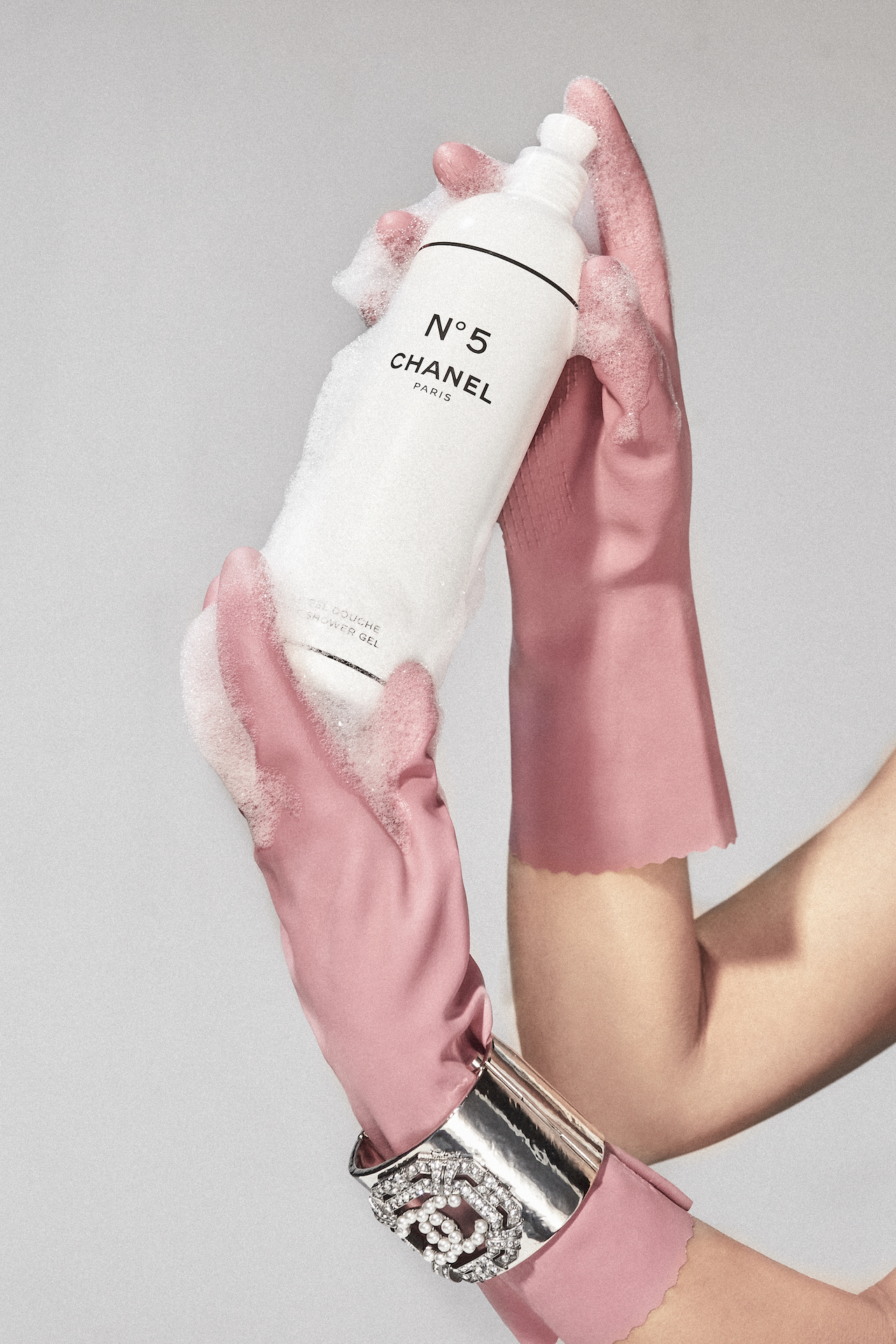 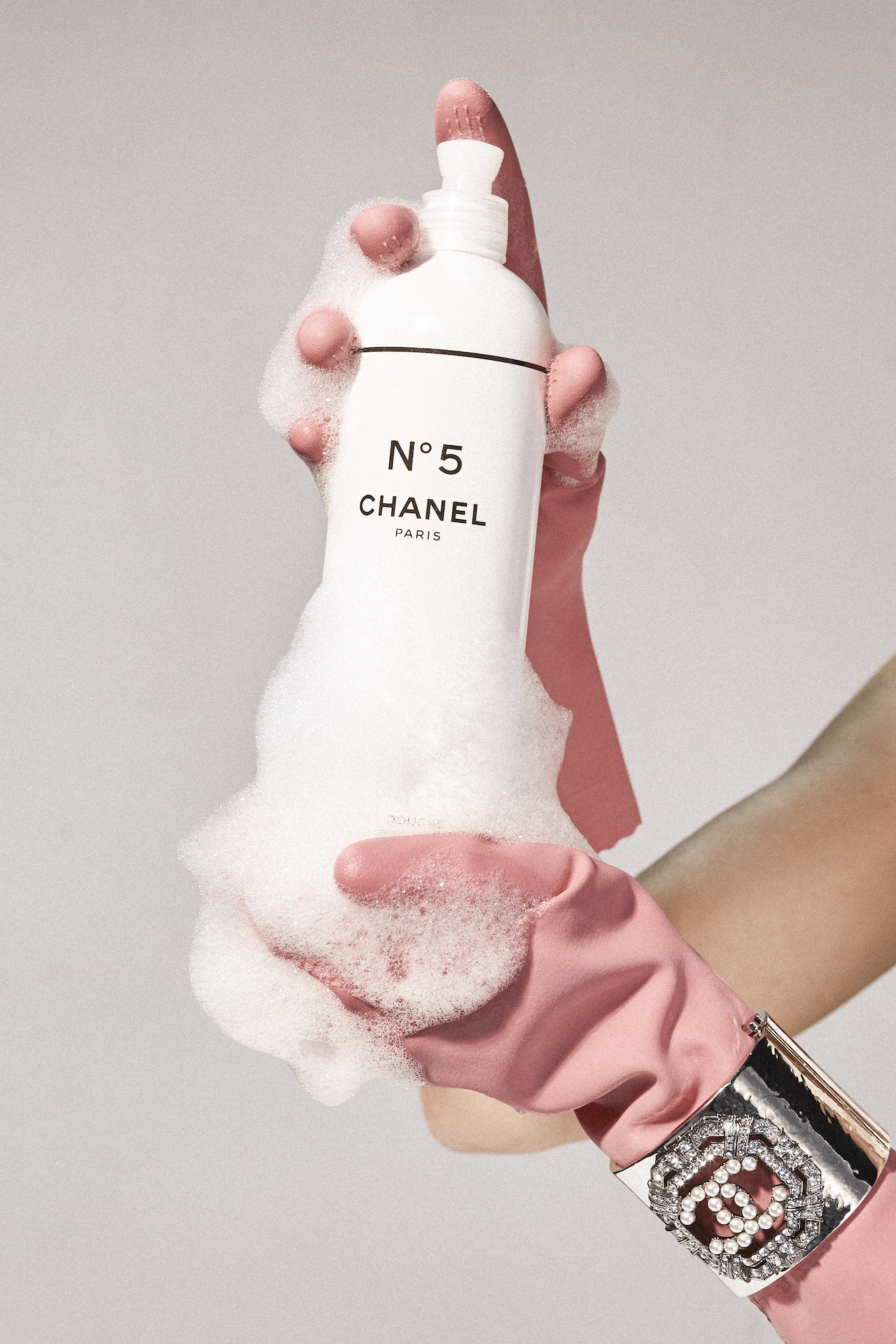 Lather up in the shower while your dishwasher does all the work. 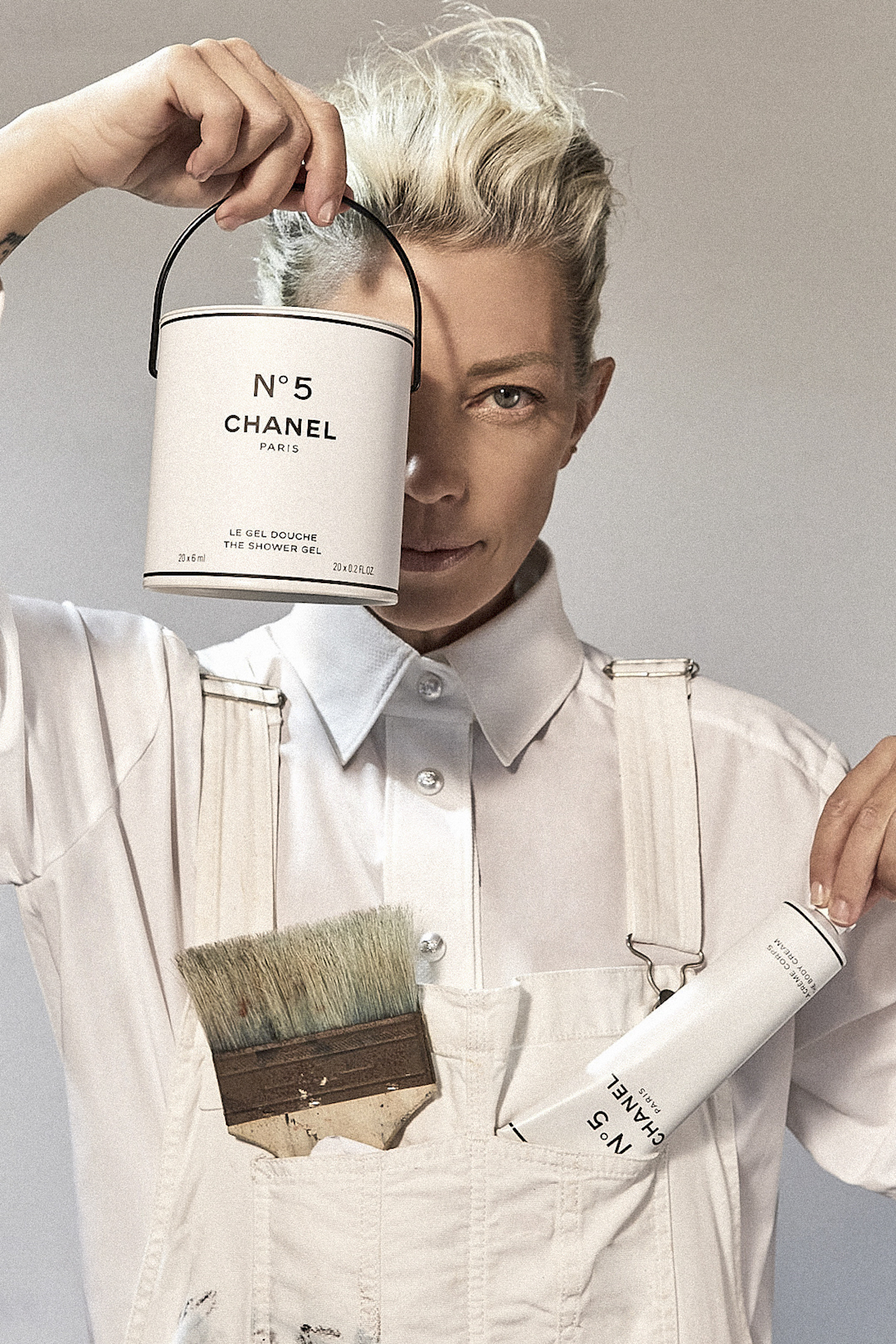 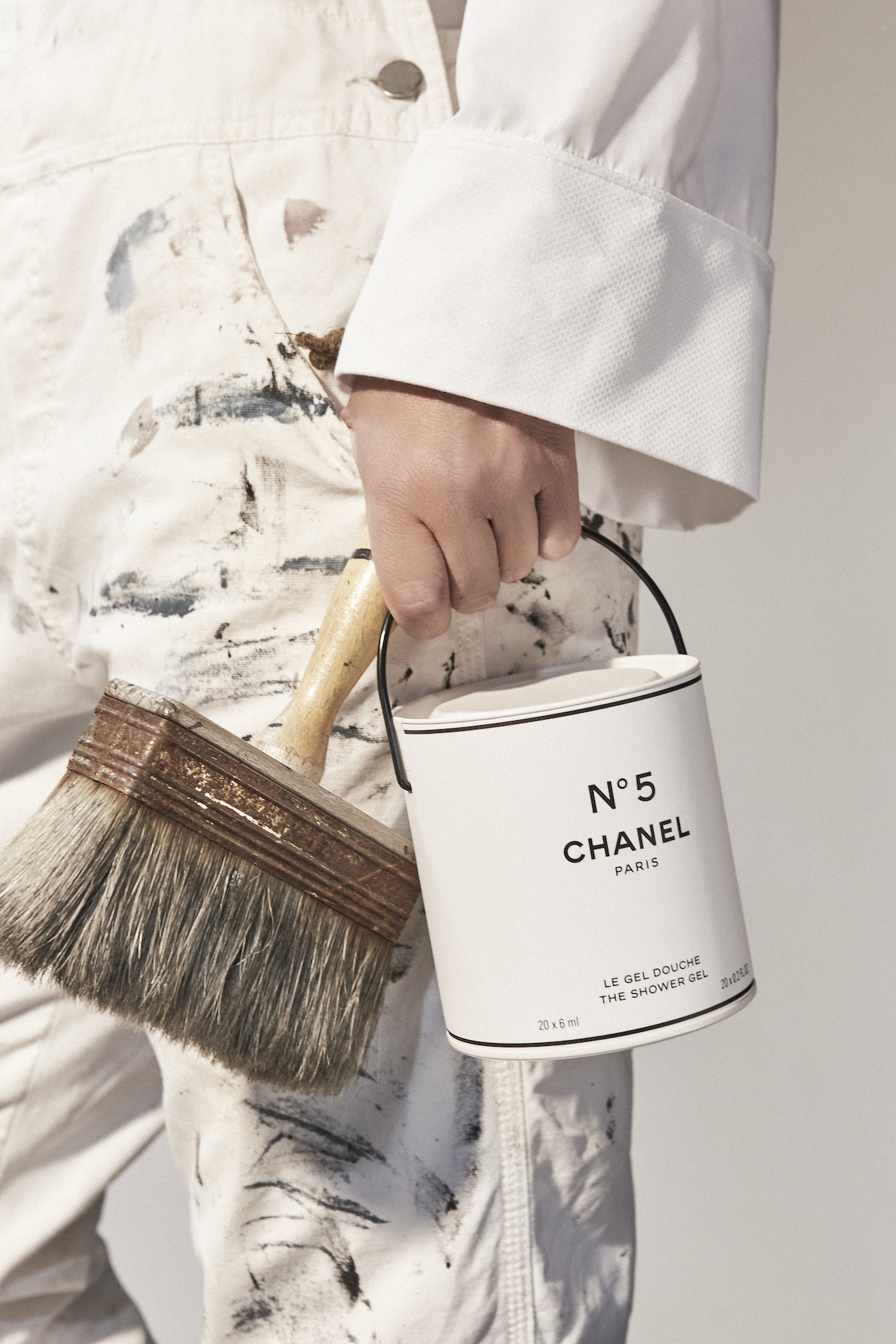 In the mood for a change in decor? Lift the lid off the can (screwdriver not needed), then open a carton with a pair of scissors and slather its contents onto your skin to start seeing life through rose-colored glasses.

Open the tube and awaken the artist within you. Apply in layers, concentrating on areas of light and shadow. Helps you find your style by transforming your skin into a canvas. Perfect for turning yourself into your own masterpiece. 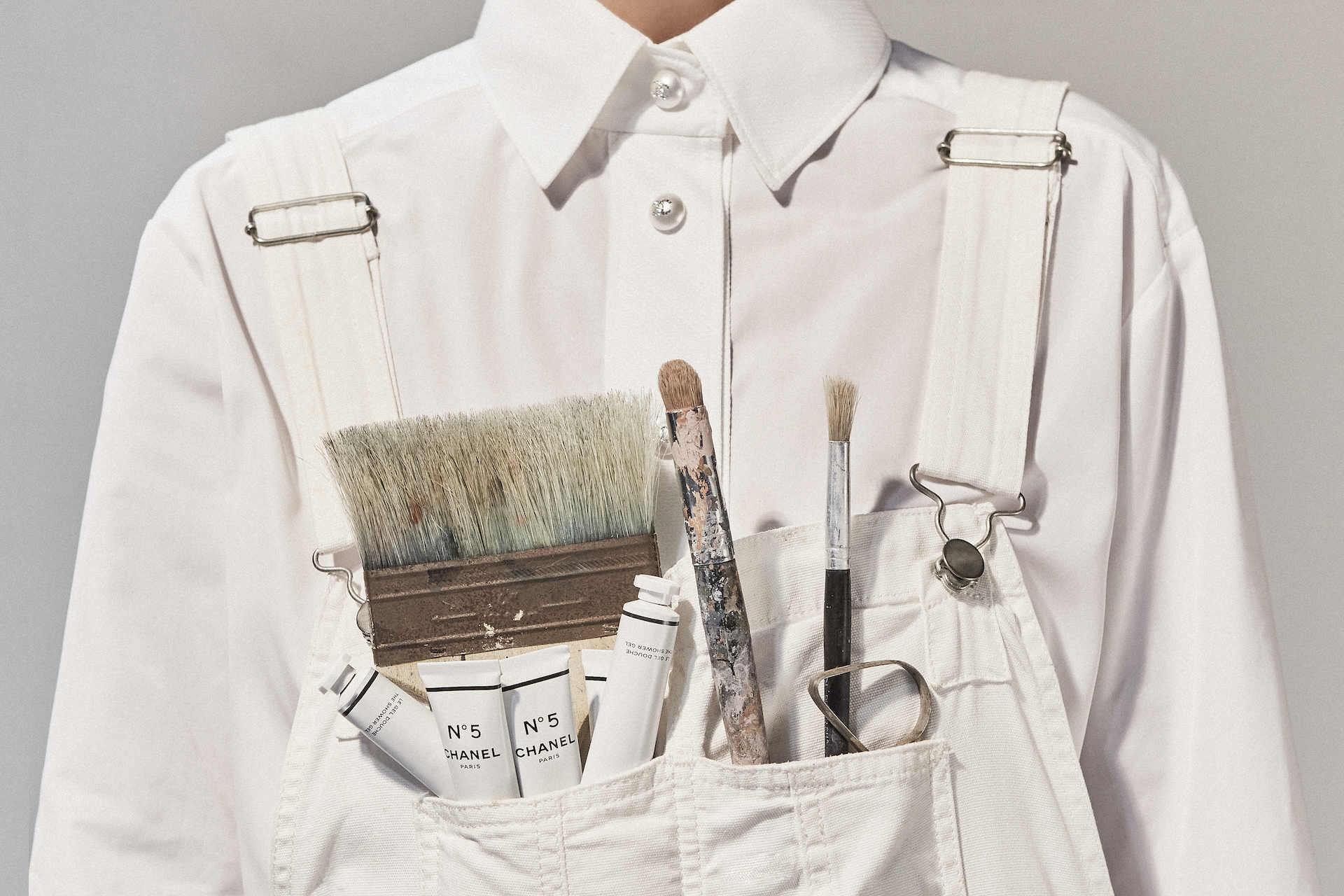