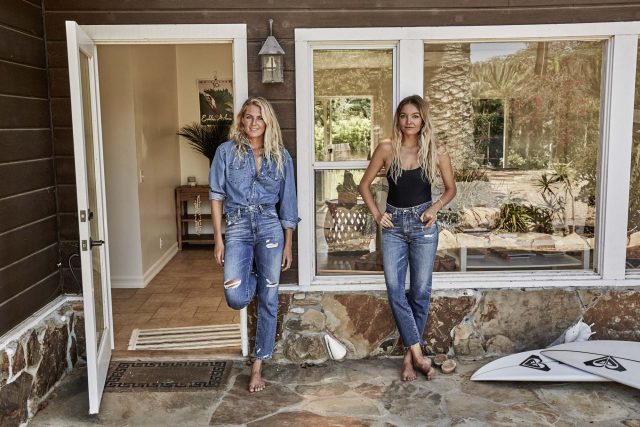 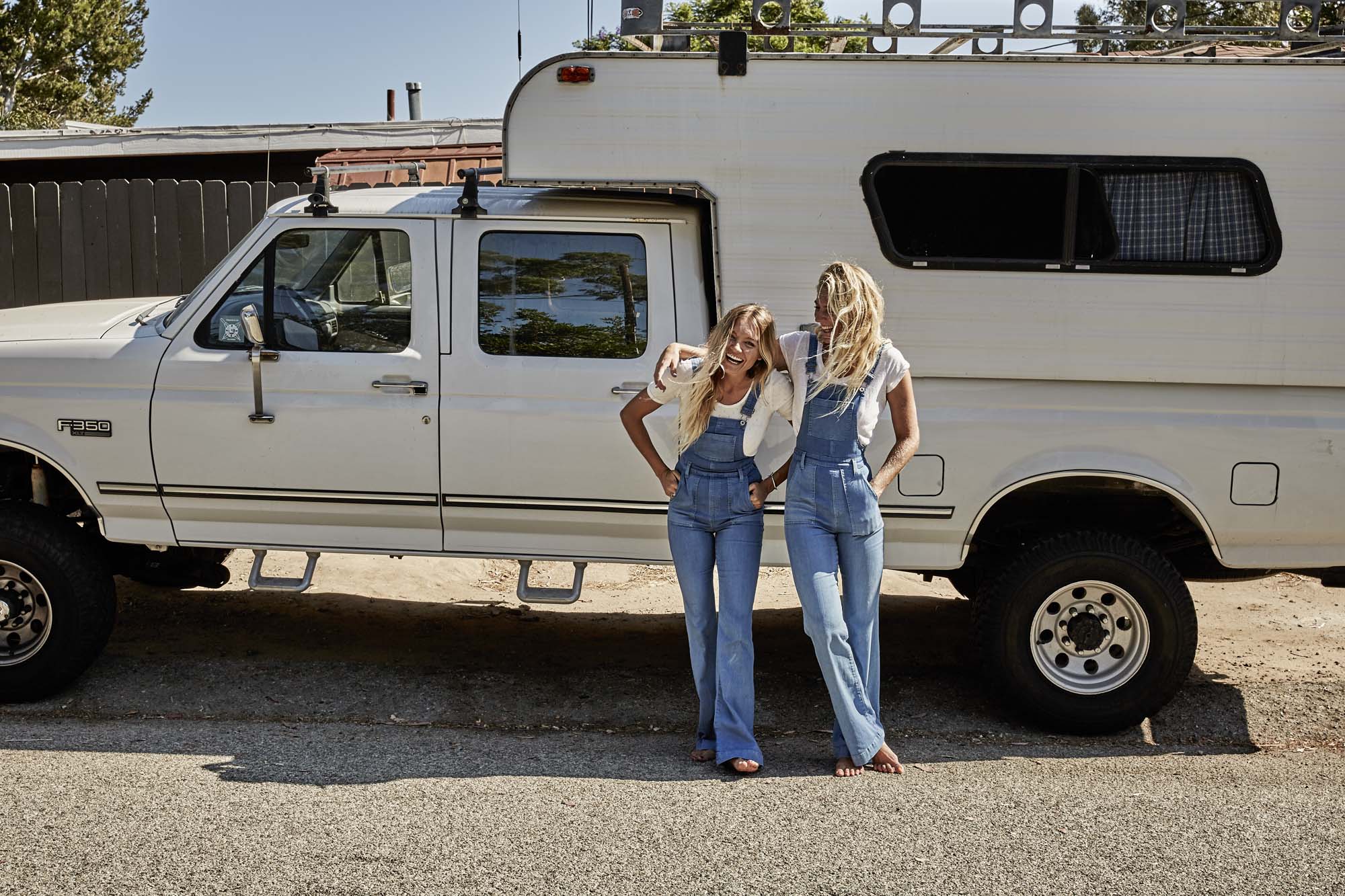 It must have been about seventeen years ago. I was working on a campaign for a surf brand, which featured a young girl (let’s just note that I started working when I was VERY young). She was about twelve years old with that Aussie sun bleached hair, freckled tanned face and the whitest teeth in the biggest grin. She could surf - no doubt about it - but the kid had something else. She had spirit, guts and radiated "happy" in a way that made you feel stoked just by standing next to her.  She stood out not just because of her talent but because she was polite, helpful and well mannered. The kid is now twenty-eight years old and one of the world’s dominating female athletes. It seems that not much has changed in that time except for a few world titles (let’s say six to be precise), she’s become Australia’s highest paid female surfer and she’s breaking surfing stereotypes while flying the role model flag for legions of young girls around the world. Watching Stephanie Gilmore is like watching history in the making to the say the least; and her rise to fame from the young age of seventeen has been fast and steep. Growing up in the spotlight of a male dominated industry must have had its challenges yet before us stands a women of grace who is articulate and professional, strong and confident, and still as stoked on life as that little girl many moons ago.

It’s fair to say that having your sister and best friend manage you through the highs and lows of surfing stardom might have something to do with the success and level headedness of Steph. Whitney, who’s been managing Stephanie for the past seven years is protective of her little sister and rightly so. We spent some time with them recently at their home in Malibu where they base themselves when they’re not on the road. Living together and working together, I found their family story very unique not just because of the bond they share, but also because of what they’re doing for female sport as a duo; Stephanie’s breaking all the rules and expectations in the water while Whitney keeps away the proverbial shark. 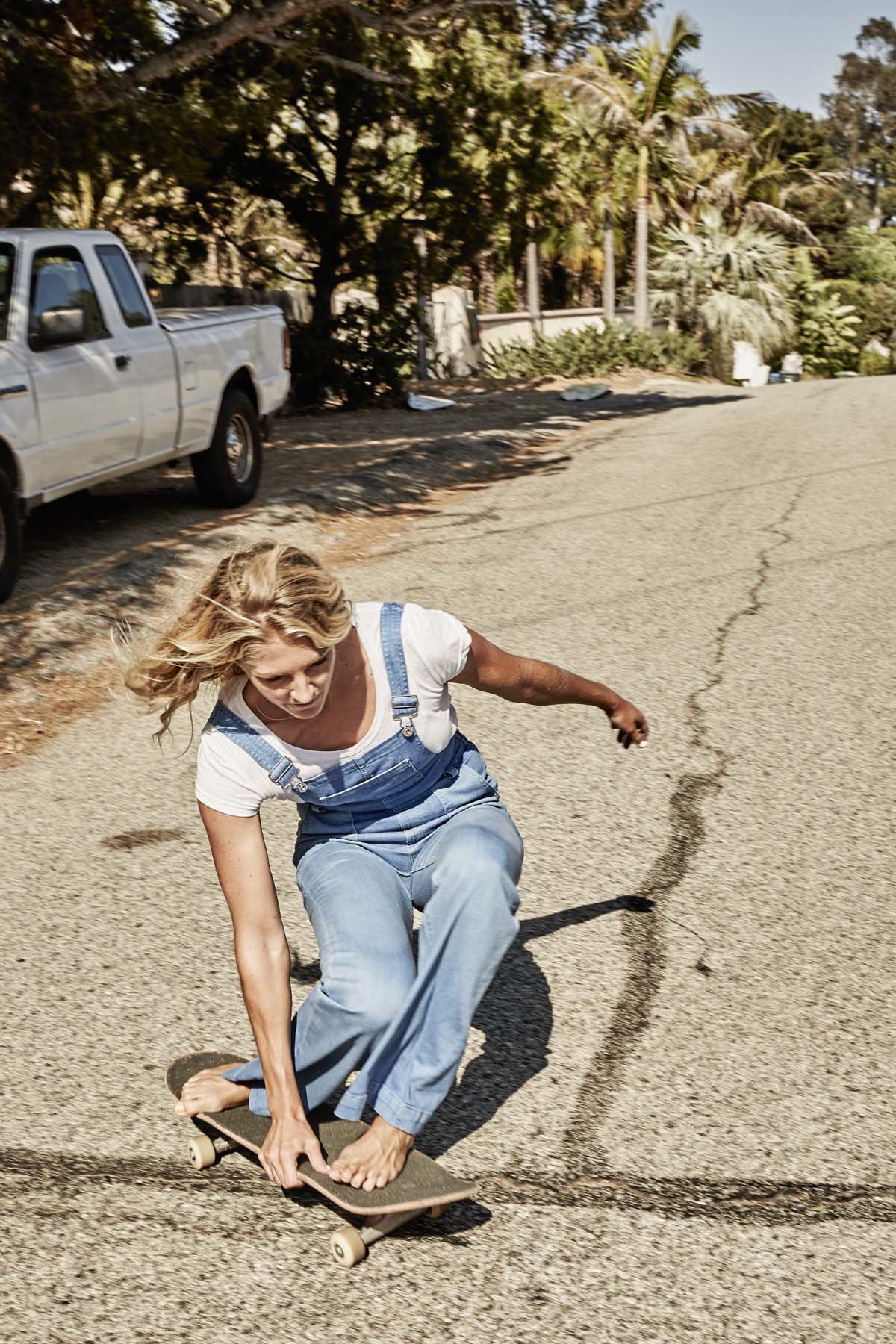 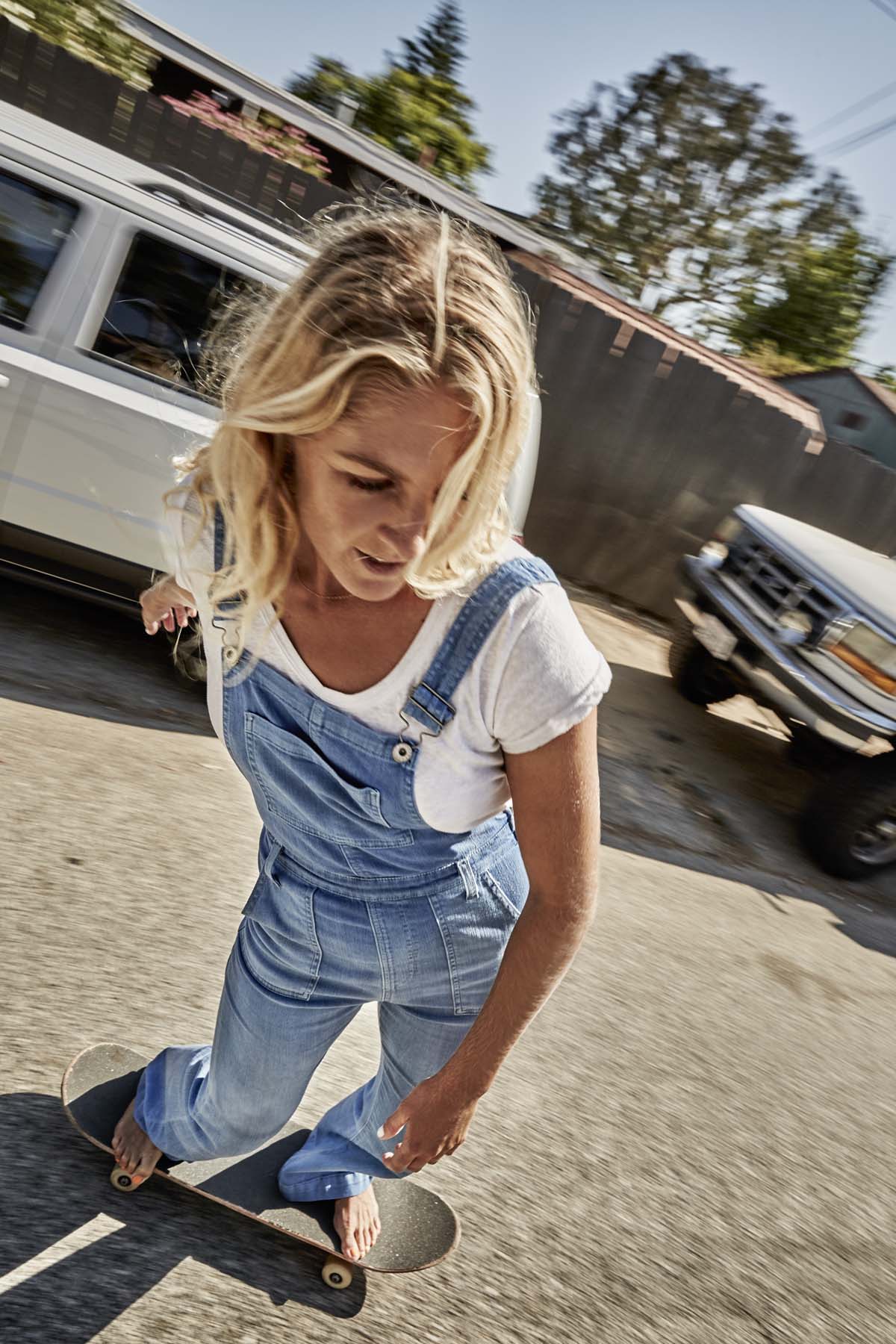 Steph | I want to start off chatting about the unique working relationship that you both have. How did it come about that your sister Whitney ended up becoming your manager?

She stole my hair straightener one day, so I bagged up her stuff, kicked her out of my house and next minute it's 2017 and we've been successfully working together for 7 years.

Whitney | What's the most challenging thing about managing Steph? Is it hard to separate the sister hat from the manager hat?

It has actually been a huge benefit being a sister in this particular relationship. Working with a sibling isn't for everyone. I think with our personality types, the fact I'm older and have the traits I have, and Steph being younger with her traits has allowed us to maintain a successful professional balance. Perhaps if I were the younger sister it wouldn't have been the same. Also, the sister hat definitely gets abused on occasion, like when I take her credit card Christmas shopping for the sister present AND boss gift. haha 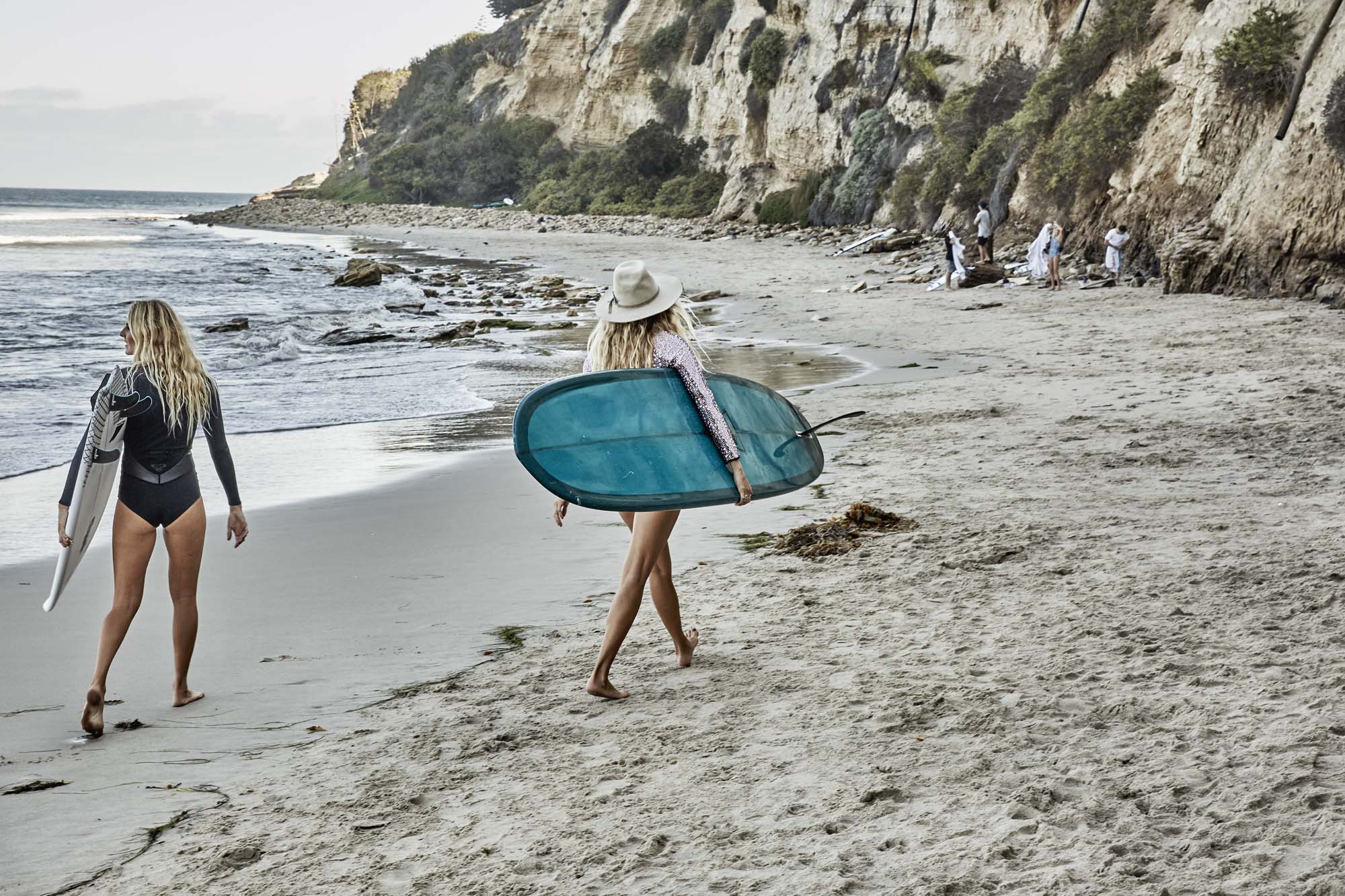 Steph | How do you think being managed by family has made a difference to your career say from someone who is represented by sporting management?

I can be completely honest with Whitney, and have been from the start, which is something I struggle to do with people I'm unfamiliar with. It feels more personal that I can bounce my realest thoughts off someone without any judgment. And then being my sister she isn't ever making decisions based on an agency salary agenda so she has the freedom of never talking me into doing something for the money even if it's not totally right for me.

Whitney | Growing up in a house with three girls, what was that like? There must have been some mad blues? Did you all surf?

Oh man, was there ever. Our older sister Bonnie and I used to fight a lot, we shared more in taste and interests so more to fight over. Steph was our referee. But when it came to mum pulling out the wooden spoon we would all quickly join forces to navigate the house and make sure neither was in line for a smack. Steph and I played a lot of team sports together so perhaps that helped us understand the benefits of working with each other towards a common goal from a young age. Our dad got us all into surfing. Bonnie tried competition but it wasn't her thing. Steph just loved collecting trophies. And I (much to my fathers disappointment) opted for the bikini on the beach (it wasn't cool for girls to surf like it is now). We are all back on a board now though. 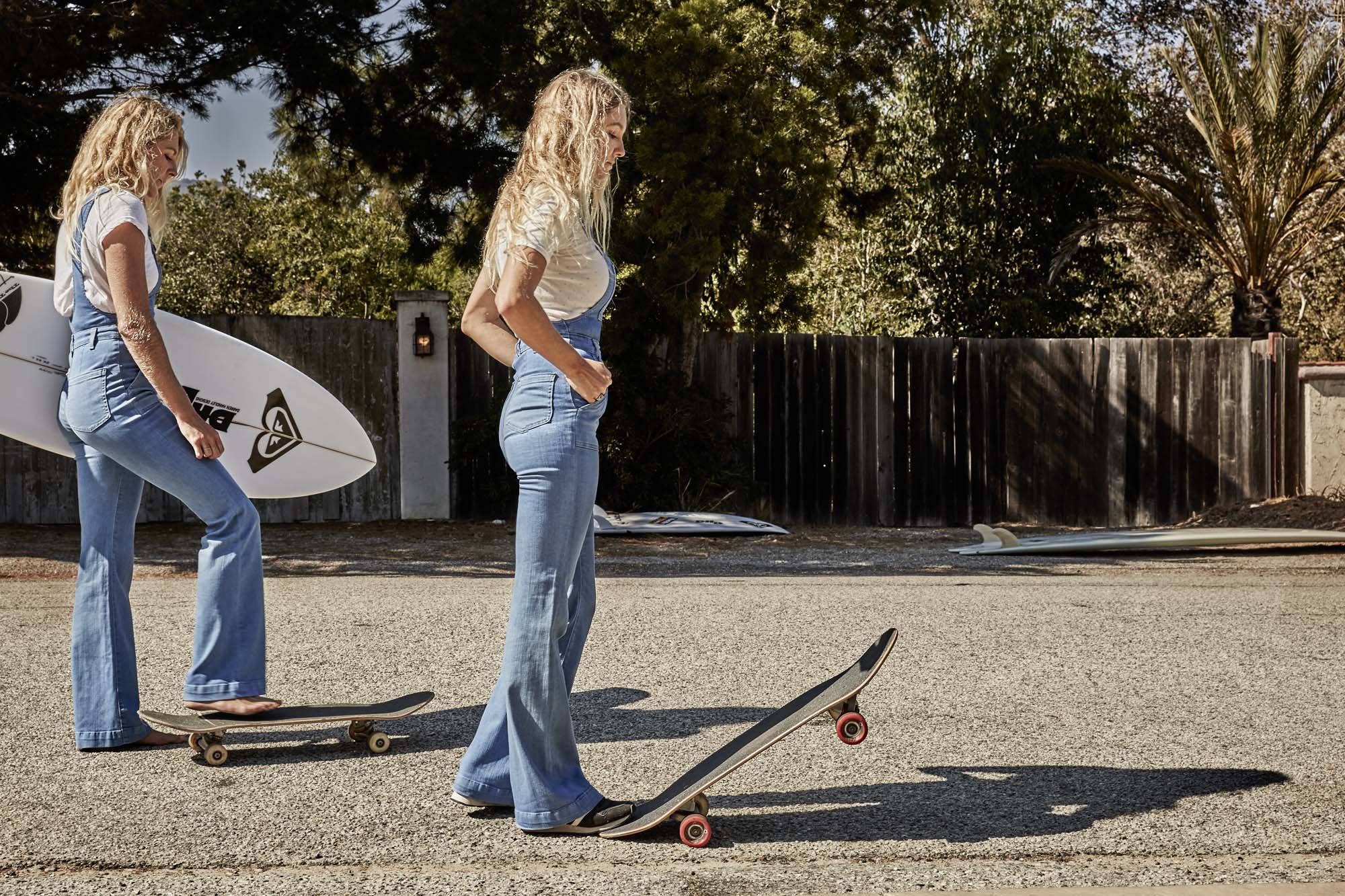 Steph | At what point did you realise surfing could be a career? Was it something that you just had to do or were you encouraged and motivated by someone who recognised your talent.

Yeah I had a lot of encouragement from people around me who saw a natural talent, especially my dad. I just loved it so much that I was confident I would be a professional surfer as I grew up, and then when my school friends were deciding what to study at university, I was already on tour.

Whitney | Working in surfing at the business end is there any advice you would give young girls wanting to enter the biz? Things they should look out for, pitfalls to avoid?

I’m sure it's the same as most areas of business, whilst we're growing out of it the boys club does exist and I often feel young women get categorized and therefore not listened too. However, I always felt my strength came from growing up as the target consumer for the female and male surf world. I used to look up to both female surfers and the lifestyle models equally. Veronica Kay, Megan Abubo, Alana Brennan, Chelsea Georgeson. I was the target market, so I always felt I had an inherent understanding of it. And things are changing, but ultimately girls and women know how to sell / promote to girls and women - trust yourself and don't let anyone tell you otherwise. 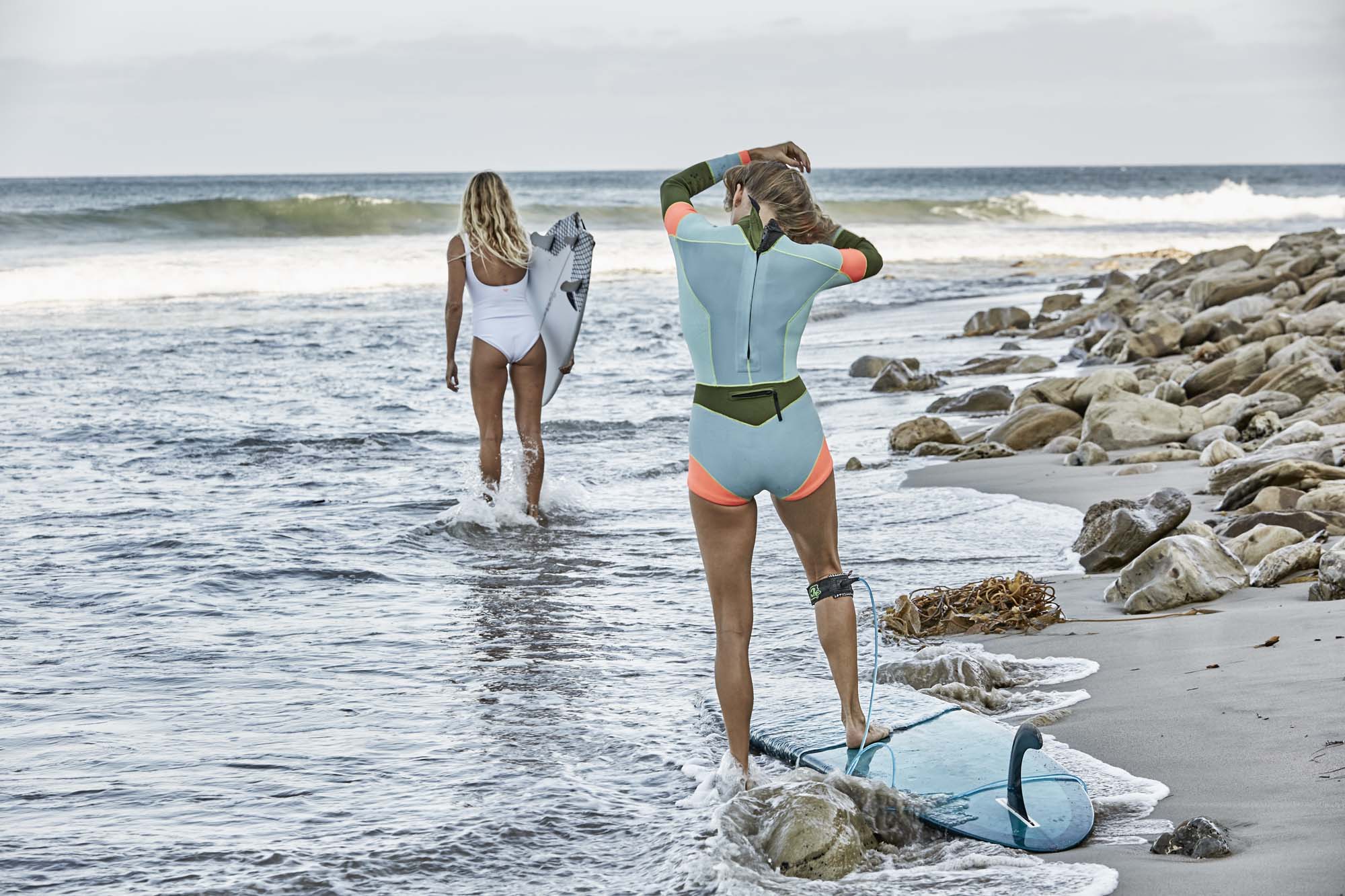 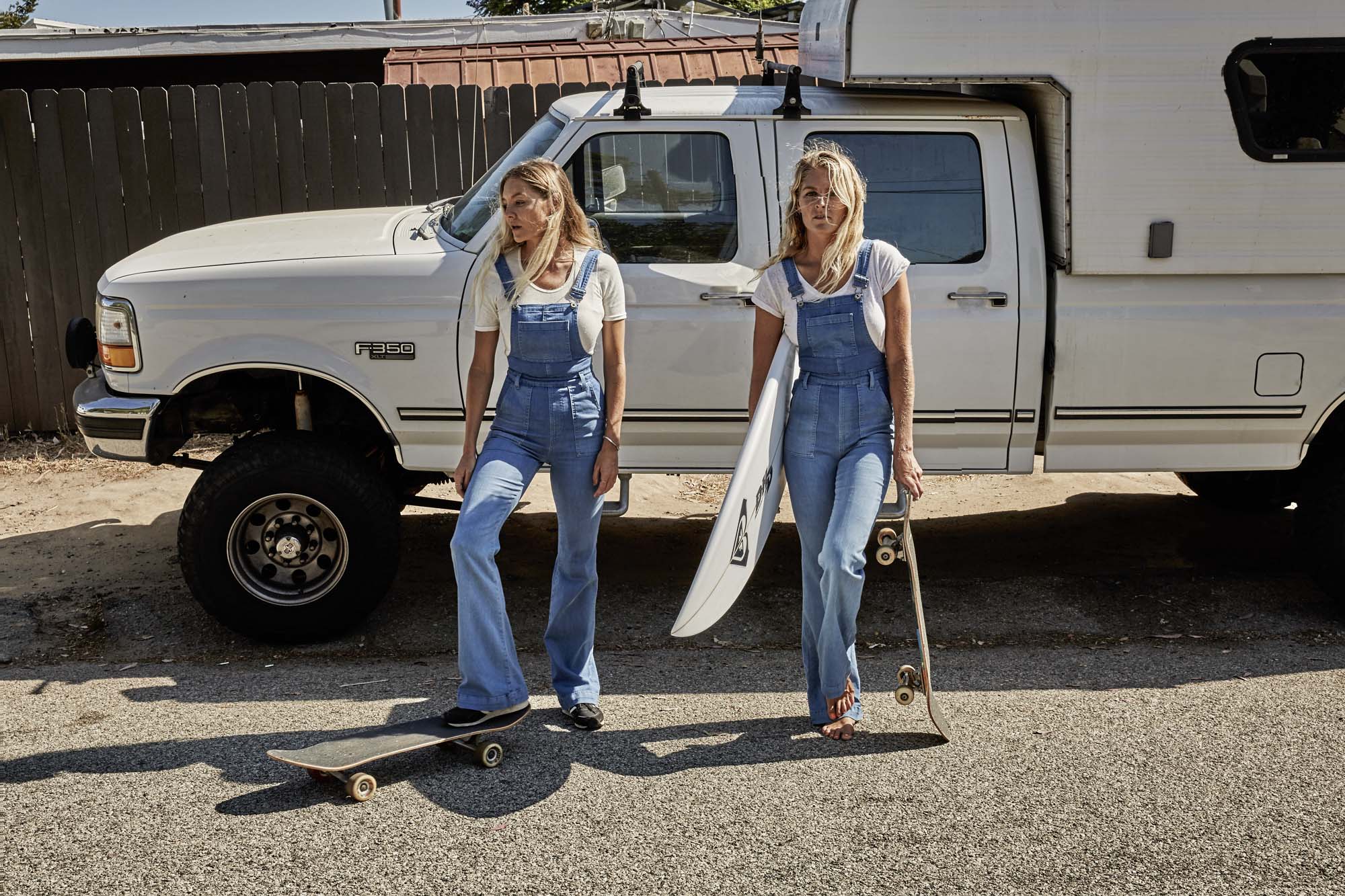 Steph | On the outside looking in you’re a happy go lucky gal but out in the water your a fierce competitor. I’ve heard you be described as the friendly assassin. What drives you? How do you get to that place?

Some people are naturally competitive, some aren't. I was definitely born with the competitive gene - I hate losing. But I'm also an easy going, generally happy personality so it is part of the challenge to go deep and find that fierceness and aggression needed to win. I think traveling so much allows me to stay open minded and humble.

Whitney| What's the one thing people would be surprised to hear about Steph?

She has one of the more interesting, broad tastes in music I've met. And quite possibly she was a disco DJ in a past life.

Steph | What’s with the guitar? You’re pretty good. Would you ever release an album? What are you listening too?

I really enjoy playing with friends. Music speaks to me like no other. I'd love to venture down a music path if it comes naturally. But for now it's nice to just practice. My appreciation of music is from Slayer to Marvin Gaye, but right now Anderson Paak is playing in my car. 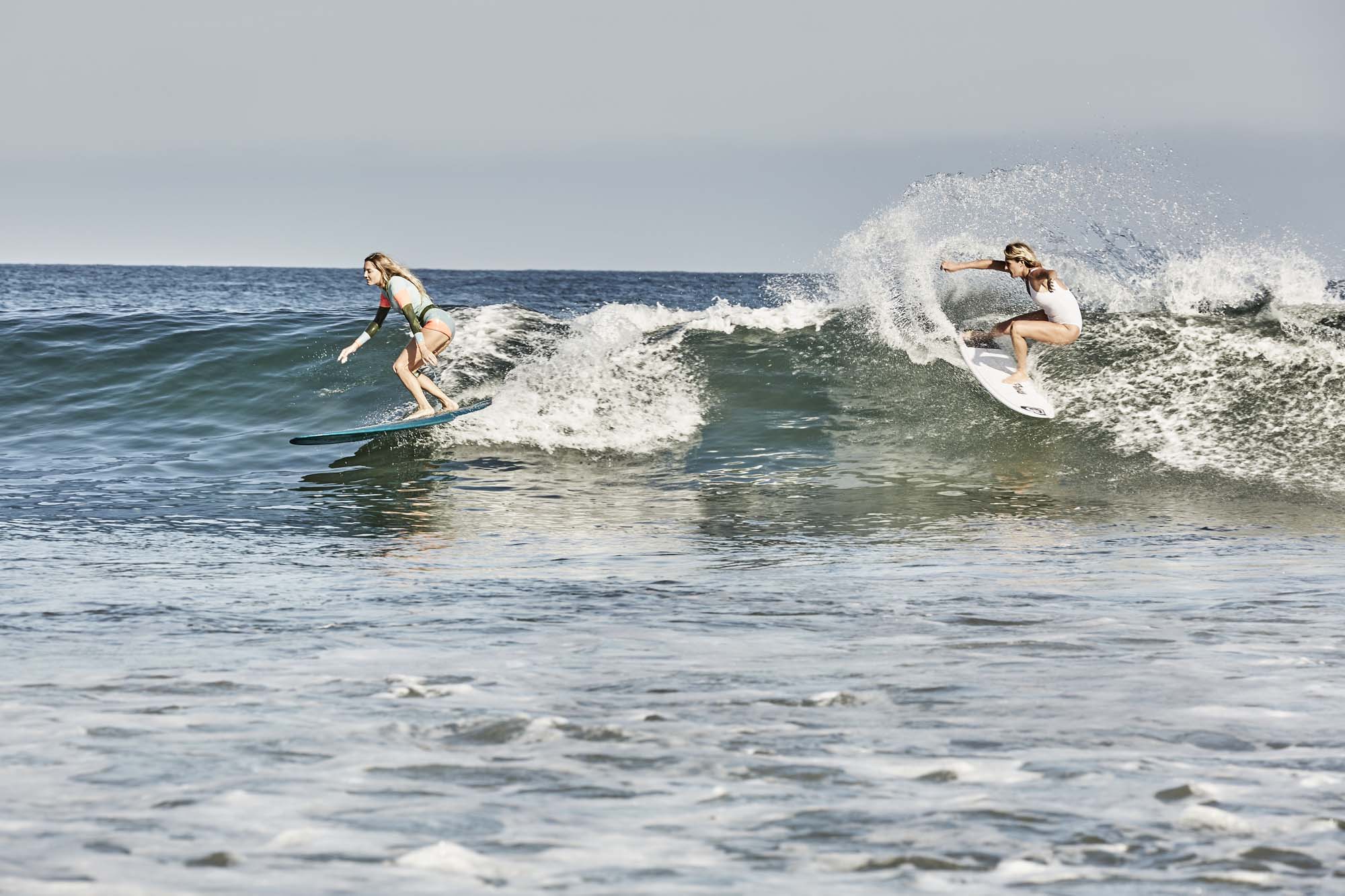 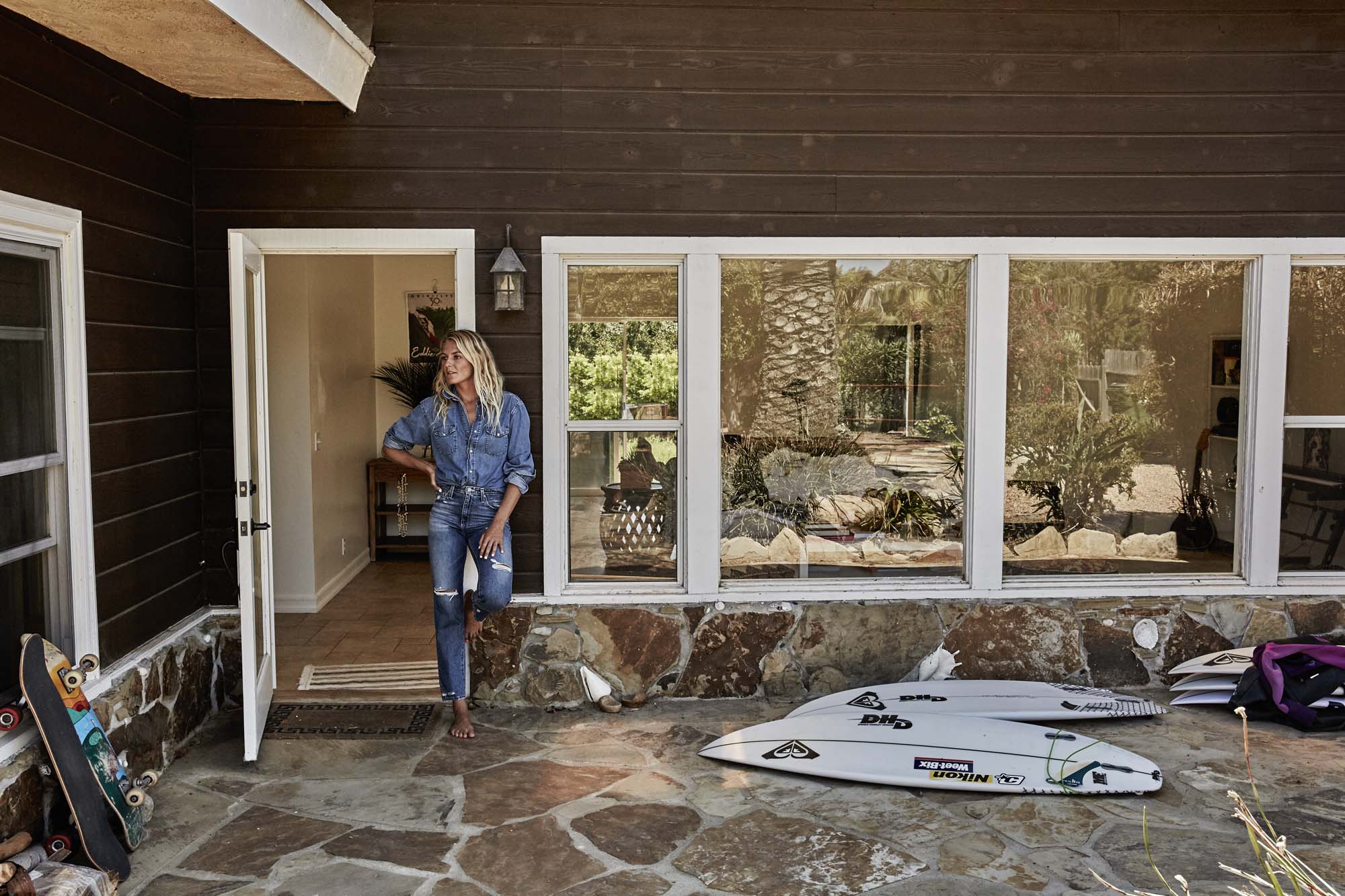 Whitney | Steph is unique in that her brand crosses outside of surfing into mainstream media, particularly in fashion. In the past professional female surfers had to work other jobs to even be able to afford to compete. How much has this changed and what do you see as the future for women’s surfing in regards to financial longevity?

I believe the whole market place is changing for female brands and ambassadors. Strong is the new skinny. Girls are smarter and more aware of marketing these days. They know they can look and admire a Kardashian, but truly they want to read about and respect women accomplishing things, after all it's more attainable/desirable to be successful in your own field instead of chasing fame. Social media and the internet opened this up. We no longer have only 3 magazines telling us what is cool. We can search out and choose our interests for ourselves. This has allowed subcultures and a sport like surfing to grow in popularity. The broader interest, understanding and therefore respect has broadened the brands that want to associate with these amazing female athletes too. And then the dollars follow without being limited to endemic surf brands. Also, professional surfing is relatively young in comparison with other sports; we need patience and baby steps to grow it properly. All in good time. 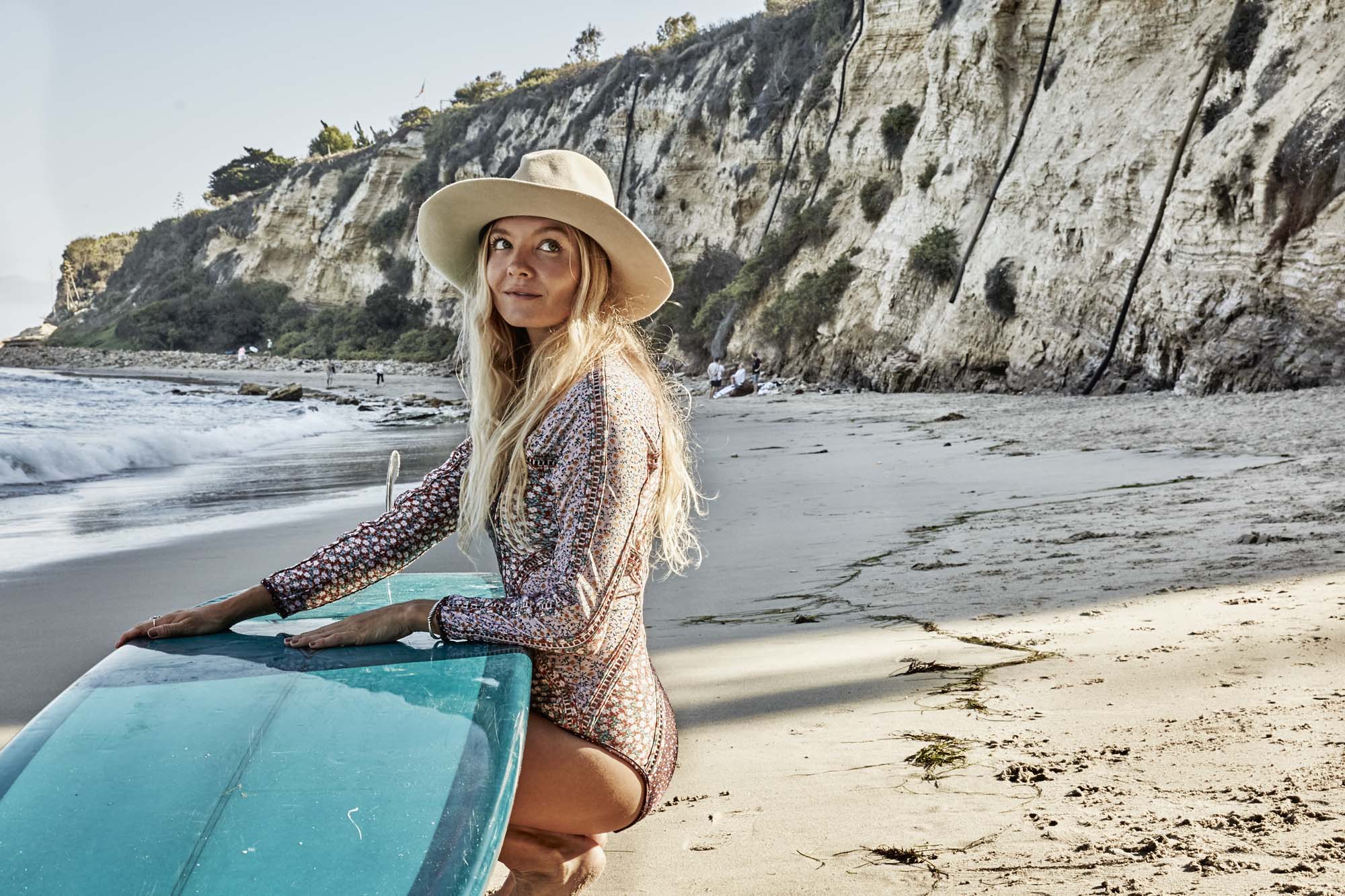 Steph | Physically you are insane. I feel so empowered when I watch you surf. You’re so strong but your style is so graceful. How do you maintain this level of fitness? I heard you have been training with Laird Hamilton and Gabby Reece?

Because I travel so much it's hard to stick to any one routine. But I love to try different techniques with different experts I meet along the way. Strength and dynamic training with Nam Baldwin in Australia is my favorite and working with Laird and Gabby at their pool sessions with breath hold techniques is really special and enjoyable. And that's the most important thing for training; it has to be enjoyable; painful, but enjoyable.

Steph | Who inspires you? What fills you up?

The world. Being so lucky to be able to see lots of it and everything that inhabits it. Good music and good waves fill me with happiness, good stories of overcoming adversity fill me with motivation, and meeting funny people with a great zest for life fills me with inspiration. 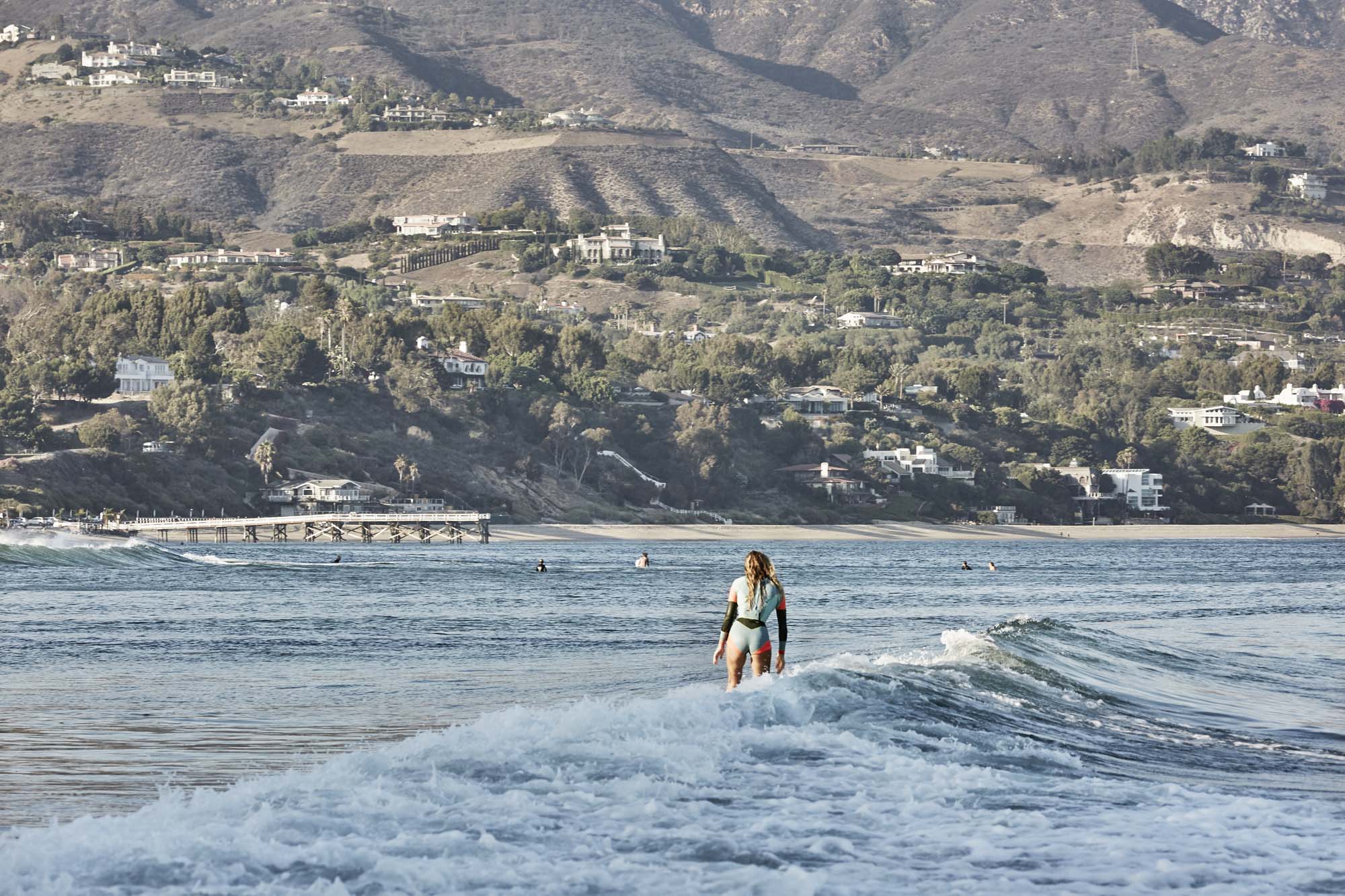 Steph | You have ignited a whole generation of girls looking to surfing as a career. You’ve closed the gap financially and proven your talent and marketing value to be equal if not more than your male counterparts. What advice would you have given your twelve year old self?

Nice dresses and pretty skirts are not that bad, be glamorous. And work hard.

Whitney would play me, and Whitney would want Kate Moss to play her. That way she can have her cake and eat it too. Hahahhaha. (This is the ultimate sister revenge to say things like this publicly 😉 pay back for stealing that hair straighter all those years ago haha). 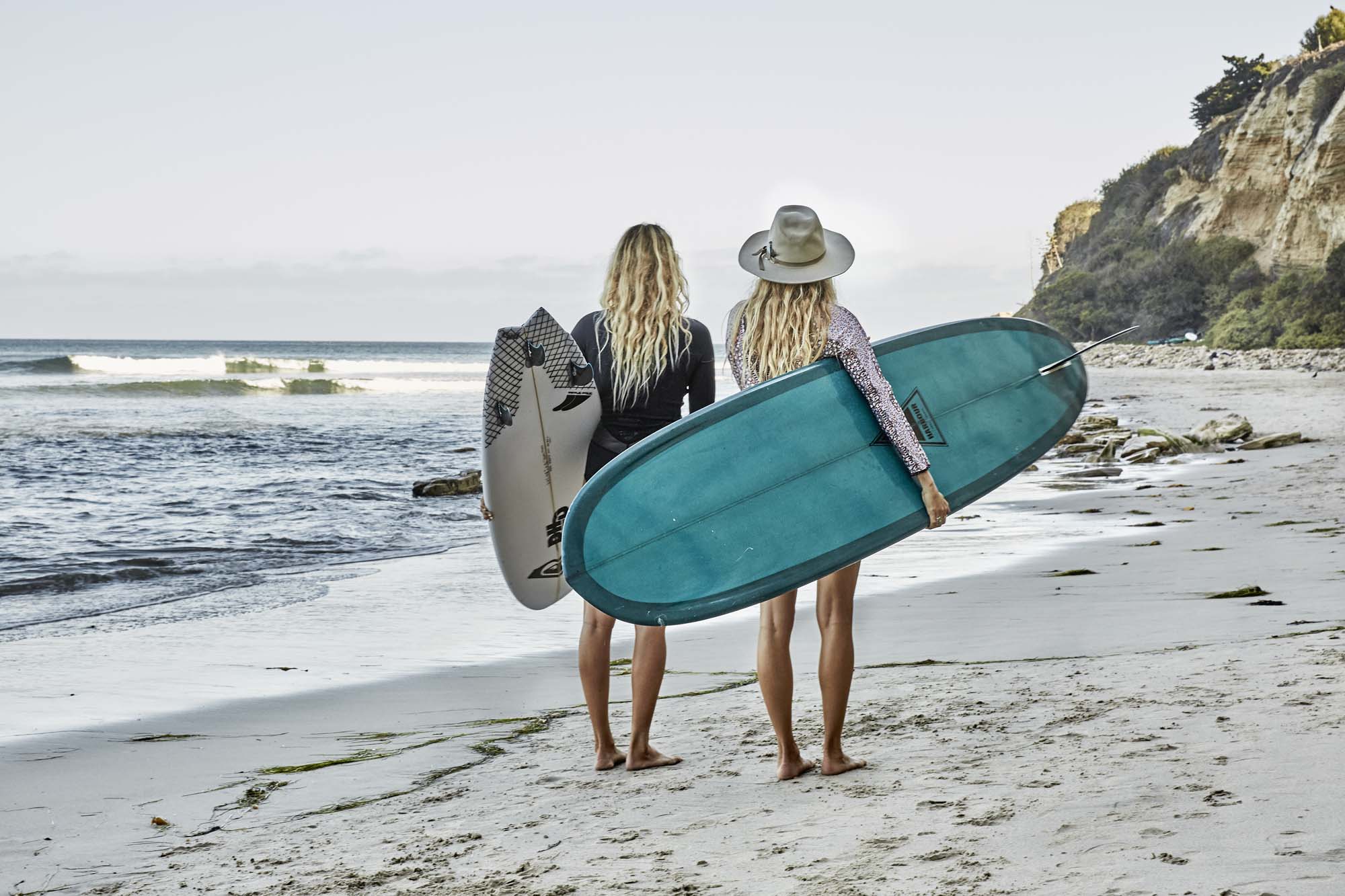 Photographed by Sam Elsom on loaction in Malibu, California 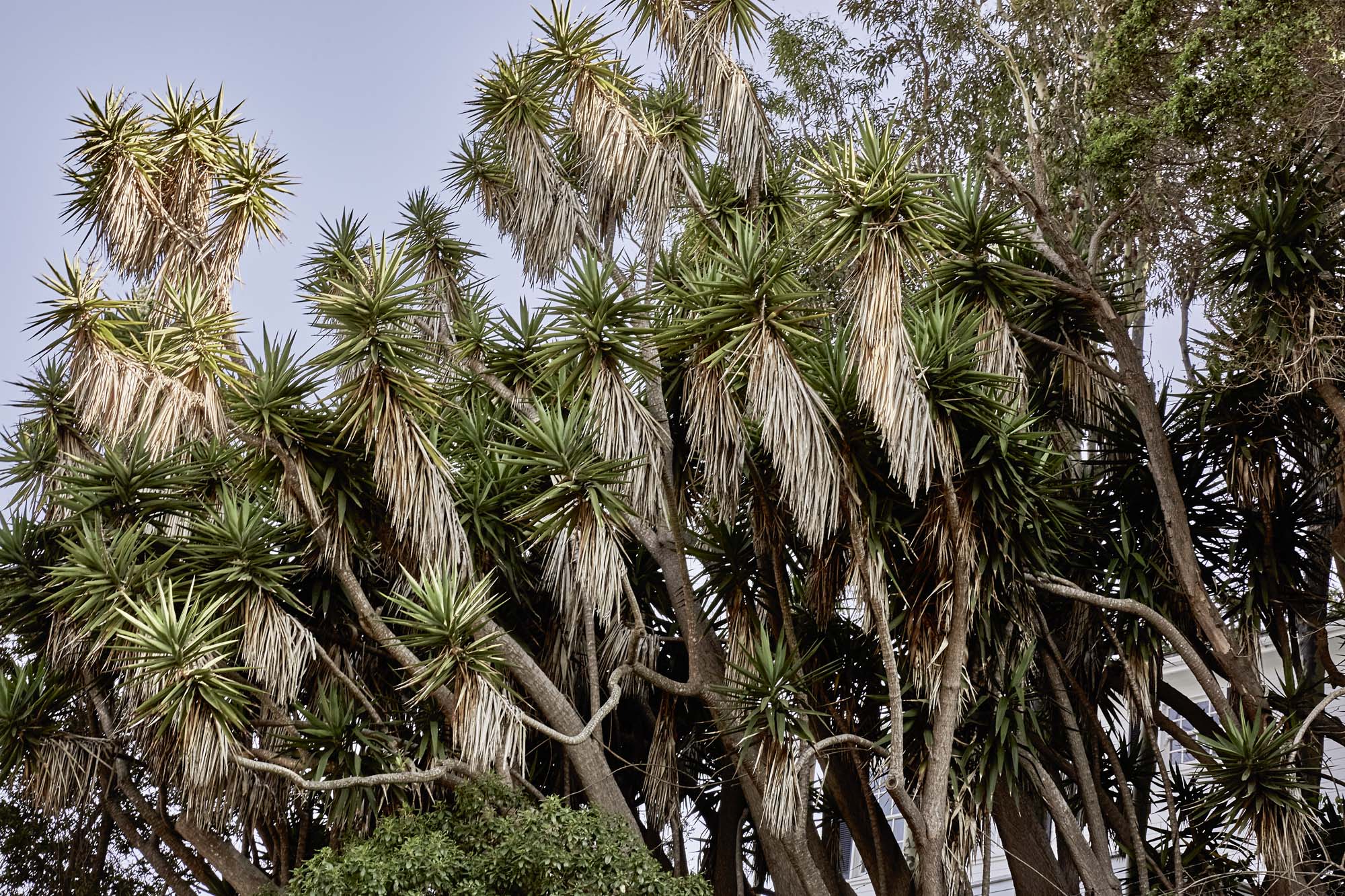